A message from the International Campaign For Releasing Abducted MPs 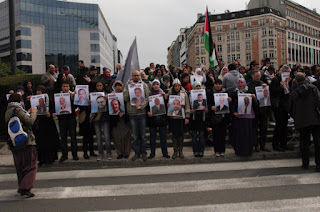 On behalf of the members of the International Campaign for Releasing the Abducted MPs, we thank you and Prisoner's Family & Friends Association for their grateful efforts in organizing the protest in front of the European Parliament in the day of the Palestinian prisoners and carrying the pictures of the Abducted MPs in the protest. 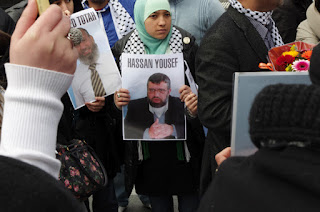 We followed up the special protest which assured that there are liberal men in the world defending the oppressed detainees who are in open hunger strike to achieve their just demands.
Such activities had great impact on the abducted MPs and raised their spirits while the international community gives deaf ear  and blind eye to the Israeli crimes against them.
We, in the International Campaign , are full of hopes to keep in touch and wish to arrange a visit to Brussels as a specialized organization in the cause of the abducted MPs to discussed this serious cause with human rights organizations in Belgium. We hope to agree on practical steps to end this crisis which is not  only a Palestinian only but it is also an International Parliamentarian crisis.
Best Regards