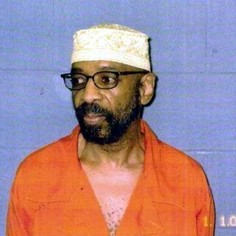 Russell Maroon Shoatz STILL IN SOLITARY confinement as Campaign grows; PA DOC Secretary Wetzel must be flooded with DEMANDS for his immediate release to general population!
APRIL 15: Only one week into the 30-day Campaign to release Maroon from the torturous 30 years of solitary confinement he has so far endured, lawyers, family members, and supporters have gained concrete evidence of the effects of the Campaign. As Maroon’s legal team was finalizing the Demand Letter which promises litigation against Pennsylvania’s Department of Corrections if Maroon is not in general population by May 8, 2013, officials at State Correctional Institution (SCI) Mahanoy informed Maroon that he was moved to their facility with the intent to do just that, removing him from the “restricted housing” which has kept him on 23-hour-per-day lock down for the past twenty-two consecutive years.
“We are encouraged by the words of the officials at Mahanoy,” noted Campaign co-coordinator Matt Meyer, “but we cannot rest until those words are followed by deeds: by the ultimate action which will end the current torture of Maroon.” The legal letter, signed by attorneys Rick Etter and Stefanie Lepore of the corporate firm Reed Smith on behalf of Maroon’s legal team, notes that “given the lack of certainty as to when or under what conditions” Maroon’s potential transfer out of segregated confinement might take place, vigilance on the part of his supporters is more needed than ever. “While we are pleased that some of the concerns raised by the demand letter have been met – that Maroon have access to his anti-embolism stockings and to a typewriter, we remain concerned that the timeline for release from solitary has been left vague,” added Bret Grote of the Pittsburgh Human Rights Coalition, a long-time legal and political supporter of Shoatz.
With the Campaign growing daily – with events in dozens of cities and interest in the just-released collection of Shoatz’ essays Maroon the Implacable (PM Press) spreading – the assistants at the office of PA DOC Secretary John Wetzel have confirmed that the Secretary personally ordered Maroon’s recent transfer from SCI Greene to SCI Mahanoy for the purpose of placing him in the general prison population. In conversations with some of the many people who have called in to the DOC central office on the first week of the 30-day pressure campaign, DOC personnel have suggested that Maroon supporters be patient as the process to get him into general population work its course. But Maroon and his family have been misled in the past about these issues.
Twenty-two consecutive years in solitary is more than long enough!