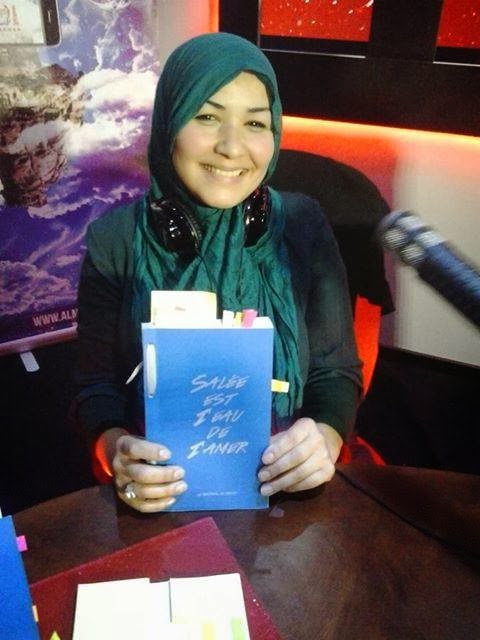 An indictment of the treatment of poor North African migrants in Belgium and the devastating effects of incarceration has been published as a volume of poetry (in French).

In Salée est l’eau de l’amer (Salt is the Water of the Sea), Souad, a second-generation Moroccan migrant in Belgium, writes autobiographical poems presenting a chronological account of her life from birth to motherhood. Interestingly, she chooses the poetic form rather than straight autobiography because: ‘je vais laisser rouler les mots,/ je vais libérer mes sentiments,/ les laisser s’envoler’ (‘I am going to let the words roll,/ I am going to free my feelings,/ to let them fly away’).[1] Souad finds in poetry the ability to express herself and her emotions in a less structured, more open manner. In this sense, her poetry takes on a role of remembrance and can be described as poetry of witness, recounting the events of her past often in the face of state and police oppression. She frequently directly addresses the reader in her poems in a way not only to force them to confront the (sometimes) difficult subject matter, but also to permit them access to her memories.
Souad divides her poems into chapters with recurring themes; her father’s migration to Belgium, his mistreatment of her mother and their relative isolation; family relationships and her brothers’ drug addictions; the prison system; her own time in hospital, and her family and social life. All of these themes however are not treated as separate subjects – Souad reveals the intersectionality of racial prejudice, working class oppression and the effects of the prison system in each of her poems. Her experiences in Belgium are formed by her father’s decision to migrate from Morocco. She discusses the contradictions of her existence – as a Belgian citizen of Moroccan descent, she faces constant discrimination, which is exacerbated by the contradictions of Belgian secularism: ‘Le paradoxe est total:/ liberté d’expression,/ donc nous recevons des publicités de l’extrême droite dans nos boîtes,/ et en même temps nous avons le Mrax.’ (‘It is a total paradox:/ freedom of speech,/ so we receive leaflets from the far Right in our mailboxes,/ and at the same time we have the Mrax’).[2] This experience of racial hatred and discrimination from fascist groups in Belgium, made legitimate by liberal ideals of ‘free speech’ necessitates the existence of victim support networks such as Mrax. 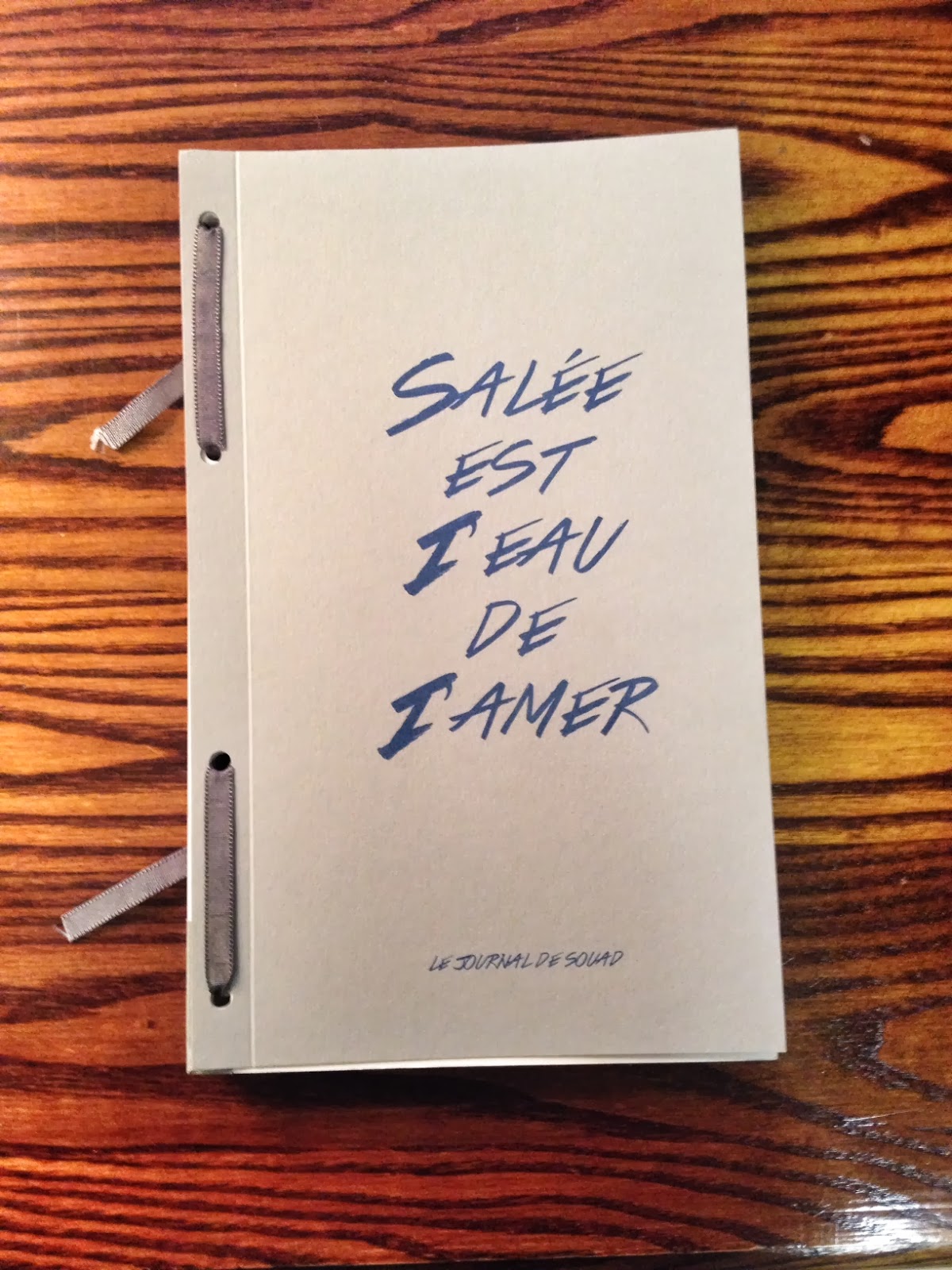 Souad eloquently describes the way in which Belgium’s ‘étrangers’ are consistently marginalised by various elements of legislative or carceral bodies and treated as somehow expendable. While in the case mentioned above, second-generation citizens can be harassed as a result of biased notions of ‘free speech’, Souad also discusses the way in which they are not protected by the Belgian justice system but are instead harshly punished as warnings to other migrants.
Here, the arbitrary punishment of the prison system merges with the treatment of the working class and migrant communities. In discussing her brothers’ many prison sentences and the violent nature with which the police would arrest them, Souad describes her confusion as to why drug addicts would be imprisoned and punished rather than helped: ‘Où sont les traitements, les médecins?/ Je ne vois que des juges…’ (‘Where are the treatments, the doctors?/ I see no one but judges…’).[3] She succinctly describes this will and desire to imprison young men from marginalised communities in ‘Prison 63’: ‘Ce n’est pas juste: je dirai toujours que les toxicomanes n’ont rien à faire en prison…/ Le système carcéral ne cherche plus de solutions’ (‘It is not fair: I will always maintain that drug addicts have no place in prison…/ The carceral system no longer seeks solutions’).[4] Her ideas are reminiscent of Angela Davis’ conceptualisation of the prison industrial complex.[5] Souad describes the well-known case of Ali Aarrass, a dual Belgian and Moroccan citizen who has no connection to Morocco but was nevertheless extradited by Spain to Morocco where he was subsequently tortured (meanwhileBelgium refused to intervene, affording him no protection). In recent news, the police killing of Emrah Kara in December 2013, a Turkish citizen of Germany suffering from severe schizophrenia, clearly highlights this same desire to ‘disappear’ troubled migrants in Europe and shows their expendability. 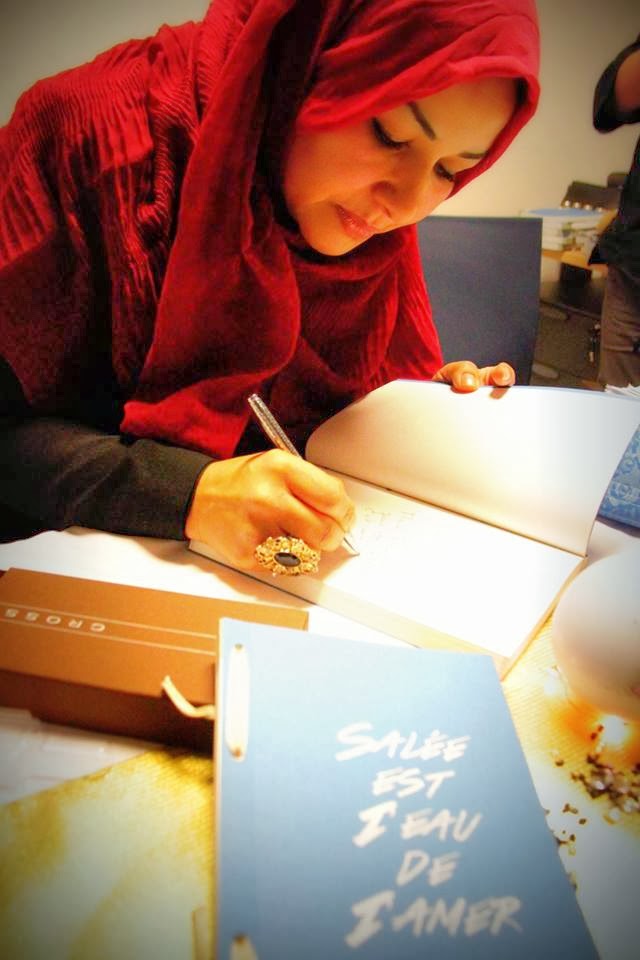 While Salée est l’eau de l’amer makes for an uncomfortable read at times, the real instructive value of Souad’s poetry book is in her ability to reveal to the reader intimate experiences of the convergence of various oppressions. It is positive to see that vital organisations such as the Prisoners’ Family & Friends Association provide a platform for marginalised voices, allowing the family and friends of victims of the prison system to join and lead a collective struggle against it.
To purchase a copy of Salée est l’eau de l’amer, contact the Prisoners’ Family & Friends Association at lila-florida@hotmail.com, or order by telephone at 0032492061043. Please note that it is only available in French.