UFree celebrates prisoner release, but calls for release of thousands left behind 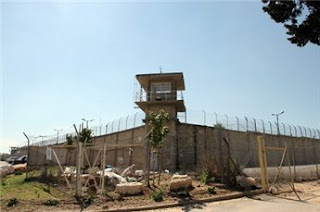 
The exchange in which the Israeli government will free 1,027 Palestinian prisoners in return for soldier Gilad Shalit is welcome news, but work must continue unabated to end the suffering of the 5,000-plus individuals who remain in jail, says UFree,  the Oslo-based support network.
“The release of more than 1,000 prisoners, who for so long have been deprived of basic human rights such as education and visits by their family members, is reason to celebrate,” says Mohammed Hamdan, chairman of UFree. “However, more than 5,000 remain, and we must not forget them.”
According to the Palestinian Center for Human Rights, more than 6,000 Palestinians are being held in Israeli prisons, including 180 minors – of whom 34 are between the ages of 12-15 – and 143 serving terms of more than 20 years. In its 2011 Annual Report on Israel and the Occupied Palestinian Territories, Amnesty International stated, “Consistent allegations of torture and other ill-treatment, including of children, were frequently reported. Among the most commonly cited methods were beatings, threats to the detainee or their family, sleep deprivation, and being subjected to painful stress positions for long periods. Confessions allegedly obtained under duress were accepted as evidence in Israeli military and civilian courts.”

UFree has long worked to raise the awareness of the plight of Palestinian prisoners in Israeli jails, launching petition campaigns among the general public and bringing the arbitrary arrests and poor conditions to the attention of European lawmakers and NGOs. For example, it appealed to international human rights organizations to pressure Israel to free AlJazeera journalist Samer Allawi (now released), and called on the Parliamentary Assembly of the Council of Europe (PACE) to push for release of the 21 members of the Palestinian Legislative Council held in Israeli jails for the last five years. It is unknown at this time whether any of these 21 will be among the 1,027 who will be released. However, it has been learned that one of the Palestinians’ key demands – that all of the 34 women prisoners be released – will be fulfilled.

Two weeks ago, a hunger strike was launched among the Palestinian prisoners in Israeli jails, with about 2,000 now participating. Their demands include an end to arbitrary solitary confinement of Palestinian leaders and the right to pursue education and receive family visits.

“UFree calls for all humanitarian and international human rights organisations to use every legitimate means to press for the release of all Palestinian prisoners, and to support their hunger strike until their rights and dignity are restored,” says Hamdan. “Likewise, human rights organisations and the media must be granted access to these prisoners to assure that Israel is held accountable. Impunity must no longer be acceptable.”