Teenagers' deaths in custody are needless 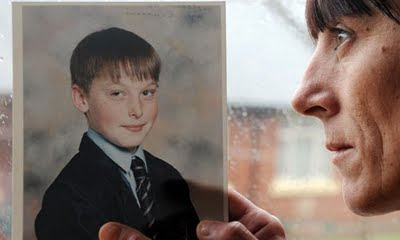 The tragic news that five teenagers have apparently taken their own lives in custody underlines the need for a complete overhaul of the way we treat young people in conflict with the law. These latest are not isolated cases. Since 1990 we have seen the deaths of 31 children aged 14–17 and 117 aged 18-19, the majority self-inflicted.

Our work with bereaved families through arranging their legal representation at inquests has made a significant contribution to exposing what happens behind the closed doors of custody.

We now know, from previous cases, that Joseph Scholes, a 16-year-old with known mental health problems, was incarcerated in brutal conditions that after nine days propelled him to acts of self-harm. In an ultimate act of despair, he made a noose from a bed sheet and attached it to his cell bars.

Gareth Myatt, a 15-year-old boy, died after three members of staff restrained him. They continued despite his protests that he could not breathe and was going to defecate, which he did.

Adam Rickwood, at 14 the youngest child to die in custody, was found hanging hours after being hit on the nose by staff using a painful state-sanctioned "nose distraction technique", subsequently found to be unlawful.

Liam McManus, a 15-year-old serving one month and 14 days for breach of licence, was found hanging from his cell bars, a death the inquest jury decided was due to "systemic failings".

Our research, based on case studies of children, examined the policy issues raised by these deaths and the investigations. It looked at the social and political context and argued for the abolition of penal custody for children, and the need for radical alternatives.

The lives of children and young people in custody are characterised by social inequality, educational failure, drug, alcohol and mental health problems, experience of abuse, bereavement and neglect. Their custodial experience exacerbates and compounds this vulnerability.

We have witnessed inquest after inquest where the same failings are revealed. The starting point is that extremely young people are being remanded and sentenced to custody (sometimes at great distances from home) in institutions that do not have the resources, facilities or trained staff to keep them safe and deal with their complex needs. And yet vulnerable children are still being placed in penal custody, and there has been a reduction in the more child-centred approach offered by secure children's homes. High reconviction rates illustrate the failure of this approach.

Indifference to these deaths has coincided with increasing demonisation and criminalisation of young people and the use of punitive political rhetoric. "Antisocial" young people are seen as undeserving and in need of control, discipline and punishment rather than care and support.

Many of these tragedies were entirely preventable and amount to a failure by the state in its duty of care. Investigations and inquests are case specific, held in isolation, subject to serious delay and do not ensure that lessons are learned.

The youth justice system needs more profound scrutiny and there is an urgent need for a holistic inquiry, in public, to examine the wider systemic and policy issues. Such an inquiry could look at the similarities between cases as well as focusing on child welfare and youth justice policy.

The fact that successive governments have not seen fit to hold such an inquiry smacks of unaccountability and makes it impossible to learn from failures that have cost children and young people their lives. We can only hope that the deaths of five teenagers in prison and young offenders' institutions in as many weeks shocks the government into decisive action.