Ben Wang is the Director/Producer of the upcoming documentary film Breathin’: The Eddy Zheng Story. The film’s website explains that “after serving over 20 years behind bars for a robbery he committed at age 16, Chinese American community leader Eddy Zheng now faces deportation to China, a huge loss to the Bay Area community. Released from prison in 2007, Eddy has dedicated his life to preventing youth violence and delinquency through his work at the Community Youth Center, Community Response Network, and many other SF Bay Area programs and organizations.”

This month, Wang and other film makers initiated a fundraising drive as they enter into the major phase of filming. As this interview is being release there is one week left. You can visit their Kickstarter page to donate and learn more. Complementing Eddy Zheng’s own website, news articles from 2002, 2005, and earlier this year, describe the various stages of the successful battle for his freedom from prison and the continued fight against deportation.

Currently a resident of Oakland, California, Wang is the co-chair of the Asian Prisoner Support Committee. Wang co-edited with Eddy Zheng, the 2007 book Other: an API Prisoners’ Anthology. In the accompanying video interview, Wang discusses working on the book with Zheng, the book’s central themes, including the urgent need to give voice to API prisoners and the legacy of the WW2-era imprisonment of Japanese Americans in US concentration camps (view photos from "relocation" in San Francisco).

Ben Wang also co-directed the documentary film entitled, AOKI, about Richard Aoki (1938-2009), a third-generation Japanese American who became one of the founding members of the Black Panther Party. According to the film’s website, AOKI also “highlights how Richard’s leadership also made a significant impact on individuals and groups in the contemporary Asian American Movement. Richard’s contributions to the groundbreaking organization Asian American Political Alliance (AAPA) and its involvement in the Third World Liberation Front (TWLF) student strike led to the formation of ethnic studies at U.C. Berkeley.”

Angola 3 News: How did you first meet Eddy Zheng?

Ben Wang: I first met Eddy when I was a student at UC Davis. At the time, Eddy had gathered a great deal of community support for his parole and release from state prison. I read about Eddy's case and was really moved by his story. Since getting locked up when he was 16 years old, he taught himself English, took every self-help program available, published his poetry and writings, started the first-ever poetry slam at San Quentin, and mentored at-risk youth through a program called SQUIRES.

I read some of his writings and poetry and felt that there needed to be more stories from people like him. Even though I majored in Asian American Studies at UC Davis, I felt that Asian American prisoners like Eddy had been very marginalized, even in our own communities. Their experiences and perspectives really aren't included in our education, media, or policy debates--even though criminal justice issues continue to be a topic of growing concern today.

I started corresponding with Eddy and bringing a group of UC-Davis students for regular visits at Solano prison with Eddy and a group of Asian prisoners. Through that experience, I began working with him to publish the first ever anthology of writings and artwork from Asian and Pacific Islander prisoners.

It was a very educational and inspiring experience for me to work with Eddy and so many other talented writers and artists on the book project. 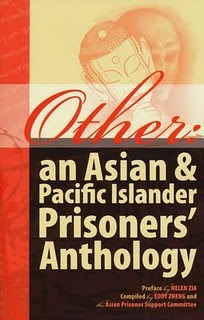 A3N: When did you first start working on the film? Is there a release date yet?

BW: We are starting principal photography now, which is the major phase of filming. We are gearing up to film key scenes over the next few months with Eddy, his family, formerly incarcerated friends, and youth.

We are still fundraising for production of the film, so if readers are able to make a donation, or would just like to learn more about the project, please visit our Kickstarter page.

There is no release date set yet. Check for updates at www.eddyzhengstory.com.

A3N: So far, what have you gotten video footage of?

BW: We have already filmed some really interesting footage including Eddy's Ninth Circuit court hearing regarding his appeals, two reunions of Eddy's formerly incarcerated friends, and the grand opening of the new office of the Community Youth Center in the Bayview neighborhood of San Francisco.

You can check out our trailer at the Kickstarter site or Youtube.

A3N: Why do you want to make a film about Eddy?

BW: I've personally witnessed Eddy's impact on other prisoners, formerly incarcerated people, and youth. I've seen how people have changed as a result of Eddy's guidance and inspiration. So I feel that Eddy is unique in his ability to motivate change--in people and society as a whole.

At the same time, I feel that Eddy's experience is unfortunately not unique at all. There are over 2.3 million prisoners in the U.S. and the Asian and Pacific Islander (API) prisoner population has grown remarkably--increasing by over 250% from 1990 to 2000. I hope that this documentary is able to shine a light on the stories of API prisoners--this segment of our community that is too often forgotten, shunned, or persecuted because of mistakes they may have made as a kid or harsh sentencing laws (e.g. 3 strikes).

A3N: Can you tell us more about how Eddy’s situation similar to other API prisoners in the US?

BW: Unfortunately for many immigrants, all “non-citizen aliens” who commit an aggravated felony or crime of moral turpitude are mandatorily deportable, even if they immigrated to the U.S. legally or with refugee status. Between 1998 and 2006, there was a 61.6% rise in total deportations of people of Asian nationalities.

Despite the growing trend of incarceration and deportation for many Asian Americans, these individuals have largely remained invisible in public policy, the media, and in our own communities.

Eddy’s story speaks to critical issues such as the way our criminal justice system treats its youngest criminal offenders, the growth of the prison population, and how immigrants are often deported for crimes they committed decades earlier.

BW: I think that many communities have been unfairly scapegoated as result of the war on terror, including some API immigrant communities.

In addition to the war on terror, I feel that the recession has resulted in a great deal of anti-immigrant backlash. Instead of placing the blame on the root causes of 9/11 (U.S. foreign policy) or the recession (Wall Street greed), there are some very powerful people who have used these crises to rally support for their conservative causes and against people of color and working-class immigrants.

A3N: Anything else to add?

BW: Thank you to all of our very generous supporters!

You can also visit Eddy's website at www.eddyzheng.com for legal updates and his blog.

--Angola 3 News is a project of the International Coalition to Free the Angola 3. Our website is www.angola3news.com where we provide the latest news about the Angola 3. We are also creating our own media projects, which spotlight the issues central to the story of the Angola 3, like racism, repression, prisons, human rights, solitary confinement as torture, and more. 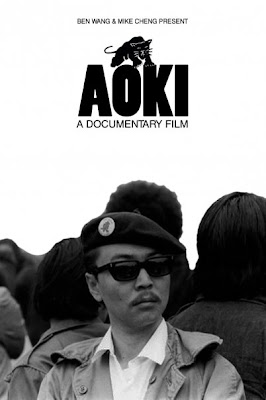